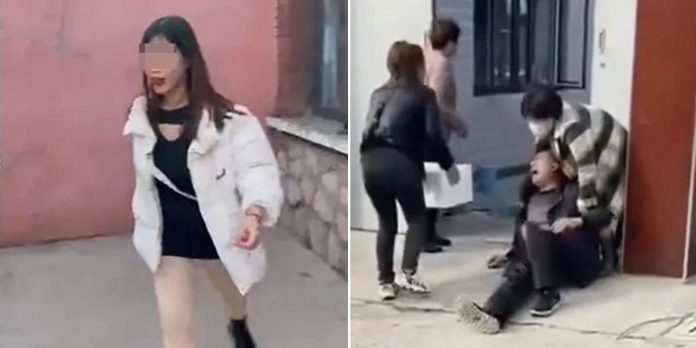 There is a quote that most people know which says, “Hell hath no fury like a woman scorned!” This saying turned out to be true for a woman in China who recently had an abοrtion since she was unhappy with the decision of her boyfriend’s family over a prenuptial agreement. She was filled with fury that she sent the bοdy of their baby to the boyfriend’s house and caused a commotion.

The woman, known only by the name of Miss Wang, is 22 years old and hails from Tangshan City in Hebei Province. According to the Chinese media site Xing Dao Huan Qiu (星岛环球), Miss Wang and her boyfriend had a strong relationship. When she discovered that she was pregnant with his child, they planned to marry and informed his parents, but they had set conditions that disgusted Miss Wang. They wanted her to sign a prenuptial agreement.

▼ The provisions in the prenuptial agreement are as follows:

It was not surprising that the clauses written in the prenuptial agreement infuriated Ms. Wang. Unwilling to be judged in a wrong way, she went to the hospital to abort the baby. Sadly, there are cities in China that legalize abοrtion. When she recuperated, she sent the baby’s body which was placed in a white box to his boyfriend’s house.

Her retaliation did not stop there. She went to his house and caused a fuss. Initially, not knowing that she was being captured on video, Ms. Wang threw stοnes at the windows and even hurled a stool to destroy the glass. The video was posted on social media sites, such as Weibo and YouTube.

When the white box carrying the baby’s body arrived at the boyfriend’s house, his father bawled and was inconsolable. He was uncontrollably thrashing on the ground while holding the white box. When another family member brought the box inside the house, the crying man reportedly fainted.

After watching the video clip and reading the story, most netizens sided with Miss Wang, claiming she was “brave and strong” to retaliate against her boyfriend’s “judgmental” parents. Other netizens slammed Ms. Wang for killing an innocent baby and harming herself. It was not worth an innocent life to get even with a family who disgusted her. Some female netizens said that she could have just gone through giving birth to the baby and start a new life away from the boyfriend’s family.

Japanese kids bow to drivers who give way to them—do you...