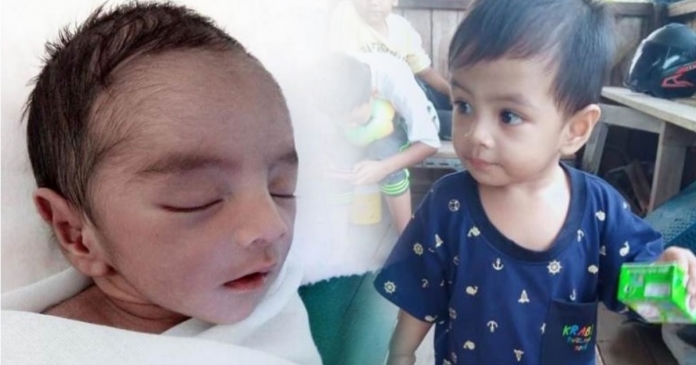 Before 2017 ended, a baby boy was born in Thailand, and was very handsome that he was compared to a celebrity from the movie saga, ‘Twilight’. At the time, the baby’s mother did not expect his photo to go viral and gain media attention after she uploaded his photos on Facebook.

Born premature, the baby boy did not move too much, unlike other newborns. Peaceful while asleep, his face was very beautiful and his natural beauty manifested hours after he was born.

The handsome baby had a perfectly sculpted nose, his eyes were round when they were opened, and his eyebrows’ thickness was just right. When other babies’ appearance does not show until they are a little older, the newborn was very good-looking, and it has immediately revealed the moment he was born. Netizens who saw his first photos online said, “He’s the most handsome premature baby in the world!”

While there were people who claimed that his features could make him a celebrity someday, when the baby was 2 years old, and his facial features are more distinct, most of the netizens compared him to ‘Twilight’ actor Robert Pattinson. The boy is very handsome, and some people claimed they are eager to see his photos when he is an adult.

After a few months, local media in Thailand published some of the latest photos of the boy. His body is plump and healthy, his facial features more apparent and more handsome, and his eyes twinkled in happiness. Although he is a local in Thailand, his features look more like a handsome little prince from Europe. His eyes are very round and expressive, with a smile that can brighten up everyone’s day. Such a cutie! ❤️

When the boy’s mother posted her photos on Facebook, everyone now agrees on where he inherited his good looks from. The family’s genes are very strong, and the boy is as beautiful as his mother. Like mother, like son.

The mother, Paeisa Seng, often shares the latest photos on her Facebook page, which also includes the latest updates and growth development of her beloved handsome son, as well as her daily endeavors. Paeisa and her son garnered many followers on her account within 2 years, many of whom praised their beautiful family.

Paeisa and her son may be fortunate to have so many followers and fans, but the luckiest of them all is her husband and the father of the handsome little boy.